Book Suggests for the Entire Family

Every year my wish list to Santa Claus was dominated by books. From Harry Potter to US History, Comics to Broadway scripts. To me, books are the perfect gift for any occasion! However sometimes it’s hard to find the best book for someone with so many choices out there. I’ve put together this list for all different reading levels to help you out!

If they liked Don’t Let The Pigeon Book series, they’ll like Press Here by Herve Tullet. The illustrations are simple and modern but the interactivity is what makes this book stand out. 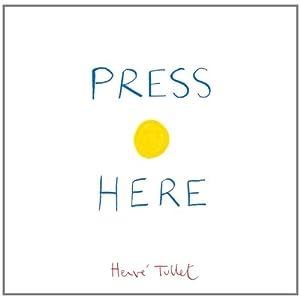 If they like Dr Seuss books, they’ll like Sandra Boynton books. Boynton’s books are wonderful “read-aloud” books as they always have a fun rhythm and rhyme. Our house favorite is Moo, Baa, La La La.

If they like the Harry Potter series, they’ll like the Percy Jackson series by Rick Riordan. While it’s written for a slightly younger audience; the story of discovery, mythical creatures and adventure have an extremely similar feel.

If they liked the Hunger Game series, they’ll like the Uglies Series by Scott Westerfeld. Uglies depicts a dystopian future where humans are forced to undergo a mind-altering surgery and what happens when a young girl tries to stand up to the authorities.

If they liked the Twilight series, they’ll like the Sweep series by Cate Tiernan. In Sweep you follow the story of a young woman discovering her inherited talents for magic, and the dangers that come with great power. If they liked The Perks of Being a Wallflower, they’ll like The Fault in Our Stars by John Green. a NYT bestseller and recently crowned Best Book of 2012. It takes you along for an adventurous love story of a young couple facing insurmountable challenges in their relationship and in life. If they liked Pride and Prejudice and Zombies, they’ll like World War Z by Max Brooks. The book claims to be an oral history of the aftermath of a worldwide zombie outbreak and resulting 10 year long world war. What books are on your shopping list this year?