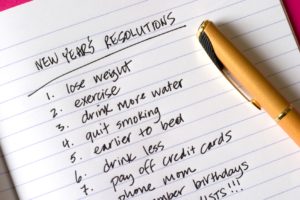 A week before Christmas, I sat on our couch, watching television, with Timothy, my sweet and sensitive 10-year-old. It was our prime time — the quiet Sunday evening moments after football and dinner, but before the chaos of the get-ready-for-Monday-and-bedtime routine.

The quiet moment was interrupted by a news story on the destruction and human devastation in Aleppo, Syria. Images — raw and poignant and honest — flashed across the screen.

“Can we change the station?” Timothy asked. “They’re talking about people dying, and I don’t want to see that.”

I picked up the remote, ready to change the station, and then stopped. This was a story not only about evil, but of people — called the White Helmets — who respond to 35 attacks per day to pull the living from the rubble.

No, I replied. You’re old enough to learn about evil. Before we combat evil, we need to know what it is.

We continued to watch. Timothy nervously bounced around in his seat, not knowing how to be comfortable watching such horror.

This year has been brutal for many of us. We’ve endured a shaky economy and a presidential election that divided families, friendships and whole neighborhoods. We’re always connected, always watching, always taking in new data, so we’ve watched in horror as terror attacks, race riots, and crime waves unfolded in real time.

At times we feel like the ground beneath us is shifting and that a giant sinkhole is forming. We’re not sure our next step will be met with solid ground.

But watching the White Helmets comb through rubble, desperate to save even one life, gave me hope that maybe, just maybe, the bad guys wouldn’t win.

We at Growing up in the Valley ask that you make and keep just one promise, one resolution, this year: Be like the White Helmets.

When the world caves around someone, dig him our her out of the rubble. When someone is cold, give him your coat. When someone is hungry, give her food. When someone is on the brink of financial ruin, give him some of your hard-earned money. Smile at strangers. Hold the door open for someone. Let someone cut in front of you in traffic.

After the news story was over, I looked at my son, tears welling up in his eyes. “Timothy,” I said. “When faced with evil on a grand scale, we feel hopeless and helpless. But we aren’t. We can be like the White Helmets. We can show mercy.”

Indeed, it’s the only thing that’s ever worked.

I'm Peg McGuire. My ever-so-patient husband is Joe. I married him because he's cute and kind and a really good kisser. He can also balance a check book and does not admonish me when I call him at the office to ask "have you seen my keys?" Our kids are Timothy and Charlie. They are adopted and we love them all the time no matter what. Our dog is Mitzy The Wonder Pup. She thinks that Charlie is a chew toy. We're working on that. I don't think we have a cat, fish, bird, ferret or hamster. I haven't cleaned my house in a while and one of the boys may have snuck one in. I'm one of those "mid-life" mothers. While my girlfriends from high school are bragging about their grandbabies, I'm pleading with my five-year-old to, for the love of God, wear pants when he leaves the house. http://www.crankypantscaravan.com/
Share This: