Spinosaurus was the largest of all carnivorous dinosaurs, weighing the same as three buses. Spinosaurus was a fish eater that sometimes ate other meat. Tyrannosaurus Rex was more intelligent, and far more lethal, than any of its competition. It was 37-50 feet long, up to 23 feet tall, and weighed 11 tons — twice as heavy as an Asian elephant. It had an 18,000-pound-per-square-inch bite that eliminated all of its competitors (including Spinosaurus)! A deadly bacteria in its saliva would utterly terminate helpless prey that somehow survived the initial bite. Giganotosaurus was 43 feet long and weighed 13 tons. It could take down a full-grown Argentinosour! Utahraptor was very lethal, comparable to the raptors in Jurassic Park, with nine to 15-inch claws. It also had a mouthful of razor-sharp teeth, a superfast top sprinting speed, was 25 feet long, and was extremely smart. It was very maneuverable and hunted in packs. 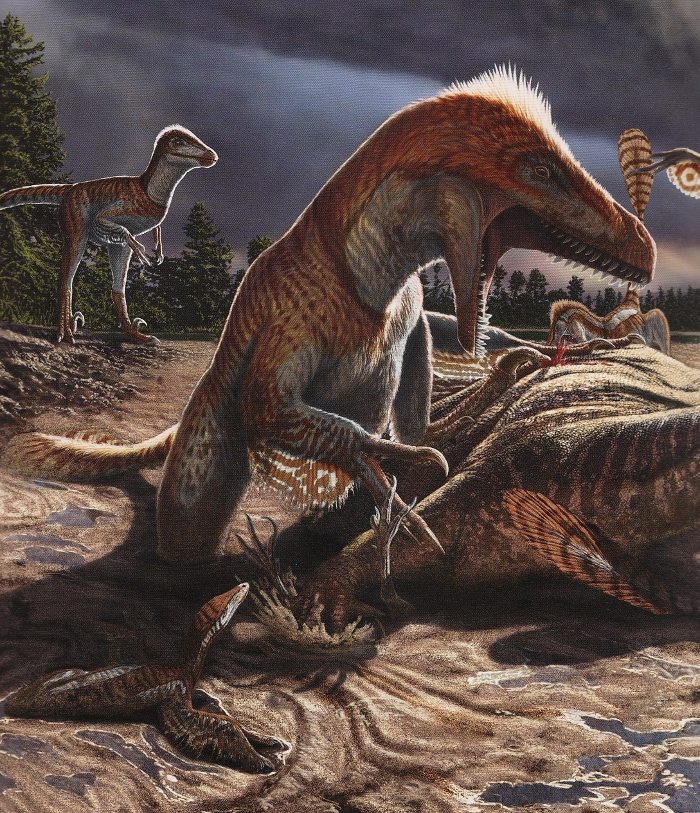 Carcharodontosaurus had smaller arms like the T-Rex, and three air cavities in its chest, making it able to run fast and for a long time. 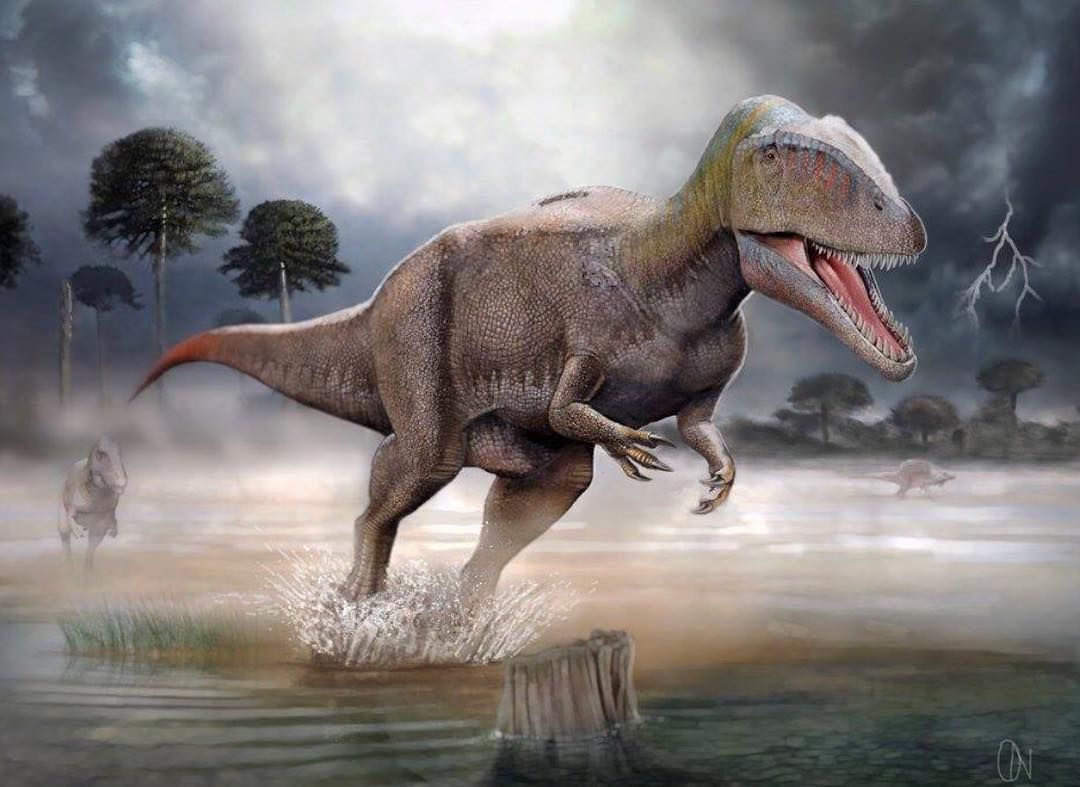 Allosaurus was massive and smart enough to fight in packs, taking down prey twice the size of Tyrannosaurus Rex. It was a fierce carnivore with sharp, serrated teeth in its gaping jaws. It had three-fingered hands tipped with massive talons. 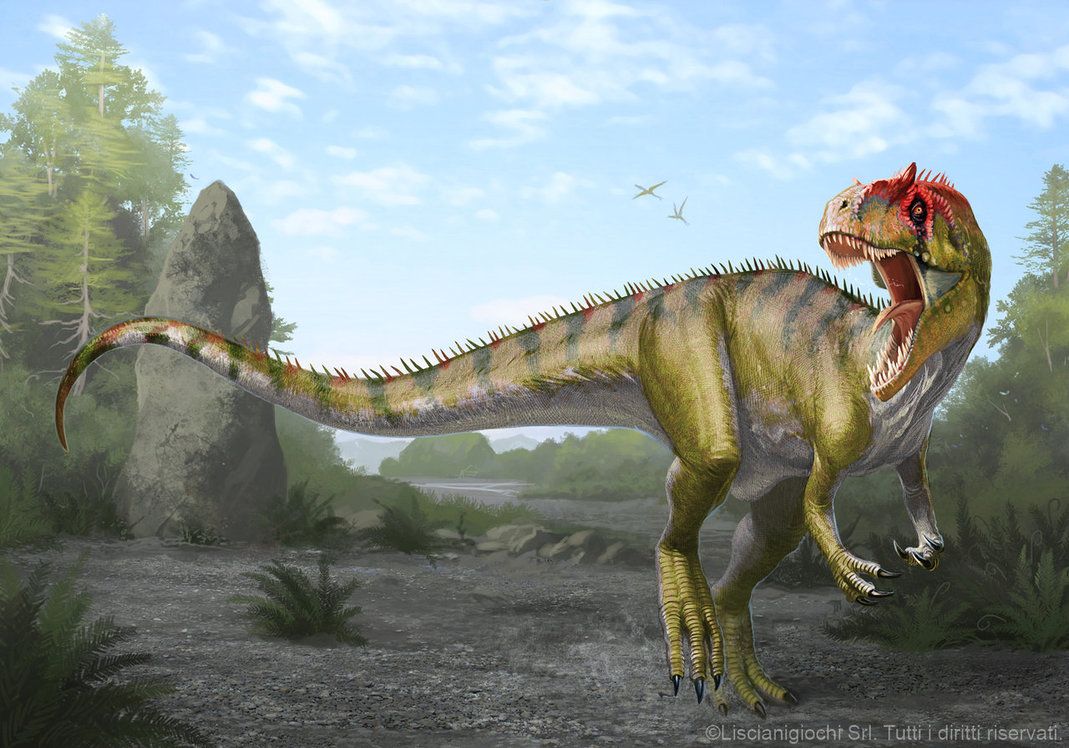 Velociraptor had a pair of huge sickle claws on each foot. It was three feet tall — about as tall as an adult human — and was light. It did not have a reptilian appearance, but looked more like a bird, and may have even had feathers! 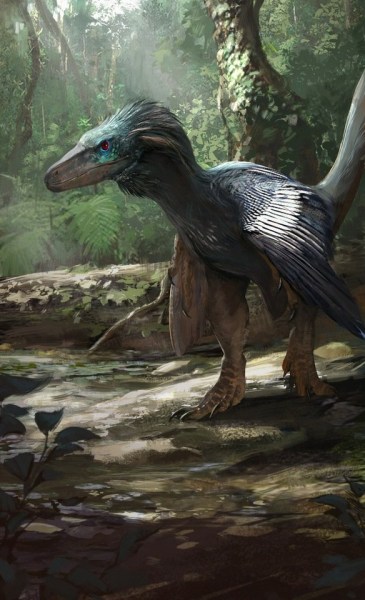 Ankylosaurus’ back and tail were full of deadly, armored plates. At the end of its tail was a thick tail club that could break the legs of even the largest theropods. 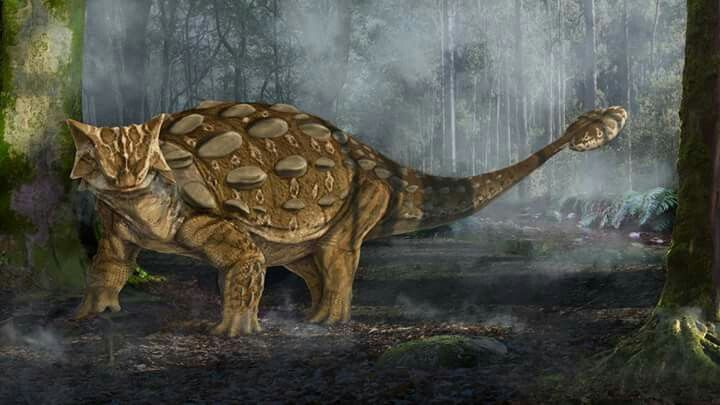 Saurophaganax was like Allosaurus, only bigger, nastier, and mightier. It was the grizzly bear of the Jurassic period, challenging Allosaurus, Edmarka and Epanterias. It had huge claws and ferocious jaws. 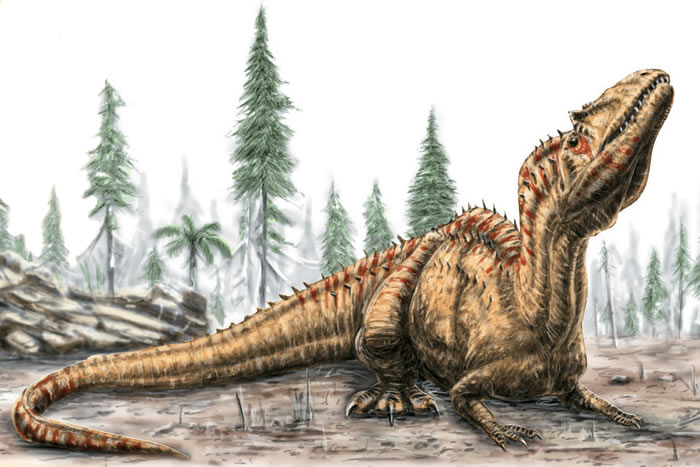 While not a dinosaur, Liopleurodon had a bite 10 times as strong as Tyrannosaurus. It grew to 40-50 feet long, the biggest prehistoric marine reptile.