It’s been a few months since the last rocket post, so my kids would be happy to give you an update on recent space-related adventures. There have been several breaking news events:

First, the SpaceX Starship program. This remarkable research program – intended for use in future moon and Mars missions – has been going on in full public view, as SpaceX tests each new prototype at their Boca Chica, TX facility. The Starship is doing things never before done: taking off, transitioning into a “belly flop,” coasting back down to earth, then at the last minute firing its engines and flipping itself vertical to land. As always, SpaceX is doing crazy cutting-edge stuff – and everybody can watch as they improve their performance on each successive attempt. Of course, most interesting to my kids was the SN10, which landed successfully after its test flight and then inexplicably exploded about 5 minutes later. No one was hurt, but some people in my house were thrilled by the “rapid unscheduled disassembly”.

Second, the feats of NASA Mars Perseverance rover and its sidekick, the mini-helicopter Ingenuity. Last week, Ingenuity became the first ever powered flying object in the Martian sky. This is an impressive feat, since Mars has only about 1% of the Earth’s atmosphere to hold it aloft. You can see some cool footage of Ingenuity’s latest flights, taken by the Perseverance rover, here.

Finally, the continuing revitalization of the American human space program with the SpaceX Crew-2 launch, which took off Friday morning (and was actually visible from Roanoke sky, although it’s too late to mention that now). It carried four astronauts to the International Space Station, and it has the honor of being powered by a seasoned space capsule – the same one used last year for the Demo-2 mission – and a seasoned first stage Falcon 9 rocket – one used months ago for the launch of the Crew-1 mission. SpaceX is literally taking reusability to new heights.  Watch footage of the Crew-2 launch and dock with the ISS. Also, the Crew-1 mission is still ongoing but scheduled to return home from the Space Station this week. Another exciting era in space travel is beginning!

Finally, we have a new local rocket program of our own in the works: the long awaited multi-stage Estes model rocket, received at Christmas and quickly assembled but waiting for optimal launch conditions (which means “warm weather”). Stay tuned for more updates… 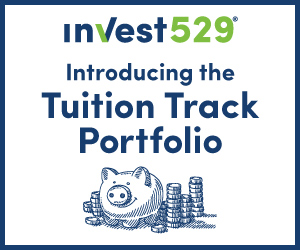