Roads in Roanoke never go in a straight line, and when they do, they change names. Thankfully, I like Roanoke enough to overlook this quirk, even though I often have no idea whether I’m driving on Melrose or Orange, Apperson or Brandon, Elm or Bullitt. And really, am I on Rt 11, Business Rt 11, Alternate Rt 11, Rt 460, Business Rt 460, Alternate Rt 460, or what? Giving directions to a stranger is really a challenge.

But some of the road names themselves are quite remarkable. Doing some research, I’ve found that many of these road names trace back to interesting individuals who have made their mark on Roanoke (at least enough to get a road named after them). Here’s a few I’ve found:

Peters Creek Road: this major north-south thoroughfare derives its name from an early settler in the Roanoke area, Peter Kinder. The Kinders, immigrants from Germany, moved onto a plot of land near the confluence of the Roanoke River and the creek that now bears his name (not far from the railyard behind Steel Dynamics today). Peter and his wife Mary met a tragic end in August 1749 in a massive flood of the Roanoke River, during which (according to eyewitnesses) the river swelled to a mile wide in spots, engulfing homes and farms. The couple and their infant child were lost when their house was inundated. Having climbed to the top of the roof, they were swept away together while locked in a last embrace.

Deyerle Road: this neighborhood in southwest Roanoke is named after Benjamin Deyerle, one of the more famous of Roanoke’s gentry during the 1800s. In addition to being a farmer, distiller, and shopkeeper, Mr. Deyerle was a respected builder and architect. With his brother Joseph, Mr. Deyerle constructed several Roanoke buildings that are now historic landmarks, including several churches, a number of buildings on Roanoke College campus, and many private homes. The bricks he made for his buildings were considered some of the best at the time. As a sad reminder of the era in which he lived, his chief and best brickmaker was his slave, Charles Lewis.

Hershberger Road: this important route connecting Peters Creek, I-581, and Williamson Rd derives its name from a large German Brethren family that moved from Pennsylvania to settle in the Roanoke valley during the late 1700s. “Large” was true of the Hershbergers in multiple senses: three of the original brothers supposedly weighed in at a combined 900 pounds on the scale at the family mill. However, this Dunkard family was known for their devoutness, hard work, and opposition to slavery. Their anti-slavery convictions eventually led the family to leave the area and re-settle in Indiana. The original stone Hershberger residence still stands near Carvins Creek; built in 1797 and recently restored, it is one of the oldest structures still standing in the Roanoke area.

Crumpacker Drive: the first time I set eyes on this unforgettable name, I had to investigate. It turns out that Samuel Crumpacker was a well-respected German Baptist pastor who ministered for decades in the Cloverdale area until his death in 1929. In return for his service to the Roanoke area, Rev. Crumpacker has a neighborhood in the Bonsack area named after him.

Of course, this only scratches the surface of the Roanoke history preserved in road signs. I’ll be on the lookout for more! 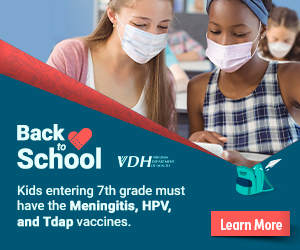