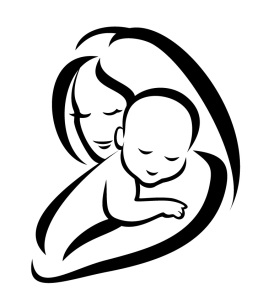 at is your attitude towards birth?  And why?

Recently, the news reported about demonstrators around the country, including some in Roanoke, proclaiming the need for “safe birth”.  Many would wonder why groups of dedicated mothers, doulas, midwives and others have concern about the state of birth in this country.  Are you concerned?

The answer to that question is no doubt, based on many things:  your own life experience, family traditions, TV and Hollywood portrayals of birth as well as local, regional and national societal standards.

I picked up a book the other day that caught my interest because of my years dedicated to teaching Lamaze prepared childbirth classes.  It offers some insight into attitudes toward birth.  The title, “Lying In”, by Richard and Dorothy Wertz would not catch many second glances.  However, it has proven to be a thought-provoking history of birth in our country from the days of the early settlers.  It offers insight into how we have arrived at our approach to birth today.  It is also chock full of references, as both authors were not familiar with the subject area until a speaker advocating home birth, addressed one of their classes and triggered their interest.

The book comments on the attitudes toward birth over our country’s history, and extending even earlier, to Europe.  The following comment is found in the introduction.  It is difficult to decipher but if you quickly skim through it, you will get the gist of his text. (You can also appreciate how the English language has developed in the past five-hundred years.)

For ye shall heare some women in tyme of theyr trauayle, meued through great payne and intolerable anquyshe, forsuere and vowe them selfe, neuer to compayne with a man agayne; yet after that the panges be passed, within short whyle, for entire louw to theyr husbandes, and singular natruall delyte between man and woman, they forget both the sorrow passed and that is to come.  Such be the private works of God, and such be the priches of nature , which neuer createth no special pleasure unaccompanied with some sorrow.

The authors conclude with some assumptions on their part.  Their study confirmed that medicalization of birth in America was largely not needed.  They see the results as birth being” technocalized, institutionalized and ultimately denaturalized and standardized”.  However they do not blame American medicine exclusively for the dehumanized character of the experience. They see faults in many directions reflecting widely held values reinforced by our social order.  “Birth in America developed in a historically unique manner, which is to say that American society and culture, not merely medical purposes, produced it and continues to tweak it.”

Both Lamaze International and International Lactation Consultant Association have been driving forces in seeking to educate both the public and medical communities for over thirty years. By promoting buzzwords such as “Family-Centered Birth”, “Natural Birth”, “Parents’ Choices/Rights”, “Informed Consent” and creating a body of research, they influenced both lay and medical sources.  With hospitals offering their own “birth centers” and adjusting to the expectations of parents, many improvements have taken place.  All that effort may not have been as influential as Ricki Lake’s film, “The Business of Being Born”.  Many mothers-to-be in my classes comment that they have seen it and have been greatly influenced by it.  The film endorses and explains why some women chose birthing in a home setting or free-standing birth center.

Women concerned about interventions they might encounter in a typical hospital setting have begun to explore their options.  Startling statistics have led to concern about birth in our country.  A Parenting Magazine blog stated that the maternal mortality rate in the USA tripled from 1996-2006.  This is alarming and most of us would wonder why.  On top of that, the blogger states that the USA is ranked #50 regarding safety. Fifty other countries report safer birth settings than our country!  Another reason to wonder “why?”.

You might think that this trend would lead to increase in birth class attendance as parents-to-be seek more information.  At least as far as I can tell in our area, that is not true.  Class census has been reducing in the recent pass for both private and hospital classes.  One hospital in our area is offering online classes and another has a series of “explanations” on its web page.   As Judith Lothian a nurse and childbirth educator says in her recent paper, “Safe Healthy Birth, What Every Woman Needs to Know”,

Every pregnant woman needs to know that birth is intended to happen simply and easily and that six key birth practices make birth safer for mothers and babies. Every pregnant woman also needs to know that the standard maternity care is not evidence-based and, therefore, the health-care provider and place of birth will influence the care that she receives in powerful ways. Childbirth education can help women simplify pregnancy and birth and be a resource for understanding how decisions about maternity care influence the health and safety of mothers and babies.

Certainly self-education is better than no education at all but as a long-time childbirth educator I believe a class that includes interaction with others and a knowledgeable teacher is still a tried and true way to learn.

As you think about what has formed your attitude towards birth it may be more than your personal experience but also influences of which you may not even be aware.

If you are pregnant or planning to have a baby, finding the best caregiver as well as other local resources can be as easy (or difficult) as “googling” Lamaze classes, doulas, midwives, birth centers, or hospital birth facilities in your area.  I am always happy to chat with mothers-to-be about their options, just call Lactation Connection.

Vicki Honer is a seasoned Lamaze Childbirth Educator (LCCE) as well as a Board-certified Lactation Consultant (IBCLC) who welcomes questions, birthing students as well as nursing mothers shopping for supplies at Lactation Connection.